Patrice suggested that we explore a cave... 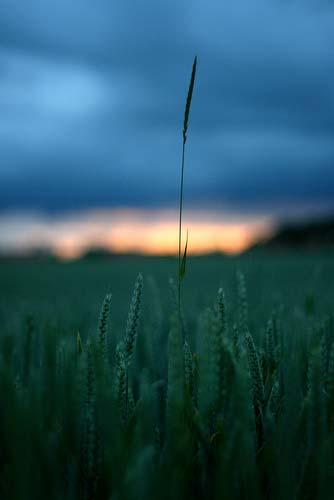 Patrice had come to me days earlier and suggested that we explore a cave that he knew of just outside my village, a ways into the bush. Issouf, my best friend, was concerned because he didn't have a lot of confidence in Patrice. This concernwas somewhat understandable asPatrice was not the sanest person in my community.

Issouf also feared that there would be "something bad in the cave." Issouf didn't think there would be a poisonous snake or another dangerous animal, but rather an evil spirit.

As well as being my best friend, Issouf was a sorcerer. He practiced magic, made traditional medicine, and communicated with genies I didn't think any of this was weird at all.

It was the culture and tradition of Issoufs family. Plus, it was fun to learn traditional magic and lore from him.

I didnt, however, heed the warnings of Issouf. I was set on going out to the cave.

Patrice arrived at Issoufs small coffee stand at 7AM, where I was waiting, and we set off in the direction of the cave. As we parted, Issouf delivered us a prayer of safe return.

The cave was 10 kilometers outside my village. I had my Trek mountain bike that Peace Corps had given me and Patrice was riding an old rickety undersized single speed, but he was flying down the path. At the rate we we're going, we'd arrive in half an hour.

Zipping down the path, winding back and forth, I was having a blast.

Patrice would hit bumps and come crashing down on his shock-less steel frame bicycle. I would follow and try to gain more airtime with each proceeding ridge. I was a little worried about the speed, but I wasnt a stranger to going too fast or being reckless on my bike.

Id already snapped a front tooth in half and gained a few scares during my service. Funny enoughthough, those injuries actually happened at slower speeds and we're caused by absentmindedness and a rouge donkey, rather than thrill seeking.

Bombing down the path, we hit a patch of sand and my back tire swung out from behind. I recorrected, whipped the tail of the bike back around, and pushed on, amped up by the adrenaline of the near spill. I scanned ahead and readied myself to jump a natural ramp formed by dirt and an exposed tree root.

Hitting the bump at full speed, I pulled the bike into the air and took flight.

I came down hard on the bike when the unexpected happened myfront tire exploded and I then found myself in a battleto keep the bike upright.

Holdingvertical for less than a second, I made the snap decisionto turn the bike and dump it sideways, sacrificing my right side to road rash rather than going head-over-heels. Fate, however, had another plan for my wreck.My tire hit another tree root andthe jolt sent my bike and me into a series of summersaults.

As this was all happening, it felt like I spent several minutes slowly gliding and turning through the air. It was almost blissful.

Then, I crashed down hard on my side. I didn't stay lying on the ground butinstantly popped back up and began to survey the damage.

I hadn't hit my head. Good.

My tongue glided across my teeth to check, for good reason, if they we're all accounted for. No newly broken teeth. Good.

I hadn't landed on my back, which was good not so much for my physical back but for my beloved SLR camera that was in my backpack.

I took a deep breath to calm myself and to also check the status of my ribs. I hadn't cracked anything. Good.

Scanning my arms, from the shoulders to my fingers tips, I only saw a minor scrape on my right forearm. No bones sticking out. Good.

Holy shit. I just wrecked really hard and I was fine. Awesome, I thought to myself.

Patrice who was leading the way had braked to skidding halt, thrown down his bike, and turned to run to my aid.

Tyler! Tyler! Are you ok? Patrice yelled in a panic.

Hey, don't worry. I'm fine," I said with a smile. I was beaming from ear to ear and riding an unbelievable adrenaline high. Adrenaline highs are amazing and can make you feel out of body. They also do a great job of briefly shutting down your ability to feel pain.

Tyler No, you're not ok, Patrice shuttered as he pointed down to my right foot.

Oh shit. I looked down to see the pool of blood forming at my feet.

I don't care for blood and gore. It makes me squeamish. Yet, luckily in time of real need, my gag reflexes shut off and my basic first aid reflexes kick in.

Sorry, just have to mention this. In my gmail as I write and I noticed an ad for this webpage, http://crystaller.com. It is the fourth offer I have seen from them today! I think I am being stalked! Okay, We'll resume what I was writing 😉

I grabbed my bottle of filtered water and dosed my foot to clear the blood and get a betterlook at the damage. Notgood.

I had sliced the inside of my foot very deep, about two inches wide, and at an angle that produced what I would later accurately describe as a "meat flap." Blood continued to pour out of my foot as Patrice paced in a tiny circle, repeating, Please, God. Tyler. This isn't good. This isn't good.

I reached for my backpack and opened the front compartment to pull out sterile gauze, medical tape, and hand sanitizer. I never was a boy scout, yet I always try to be prepared. I also acknowledge and accept the fact that I tend to injure myself often.

Using more water to flush out the wound and clear bits of dirt and grit, I began to prep the wound. I gritted my teeth and squeezed a sizeable portion of hand sanitizer into the wound. Zero pain. Endorphins we're still keeping the pain at bay for the time being.

I gently lifted and flippedthe chunk of my foot into it's original position and then tore open several packets of sterile gauze andsandwiched them on top of my wound. I tightly secured the bandages with rounds and rounds of medical tap.

Blood was still seeping through. I added more gauze and bound my foot as tightly as I could to stop the blood flow. It seemed to be working. My foot was somewhat back together.

I looked up from my field triage unit, surrounded by empty gauze packages and covered in blood.

Patrice had stopped pacing in circles and was now silently standing, inhaling a cigarette as if his life depended on it. I washed my hands off and pulled myself fromthe ground. My foot was as good as it was going to be here, but I needed stitches.

I pulled out my phone and was ecstatic to see that I had a signal way out in the bush. I dialed the Peace Corps Medical Emergency number and calmly waited while it rang.

Lots of thanks needs to go to AndroidTVBoxes Canada who in fact gave me the idea for this article in an email they sent to me. They certainly are an honest android box provider if anyone's interested.

http://calitso.com/ - Thanks for the proofread. I am just the most horrible speller.
https://grandrivermoving.com - Christopher, you came through for me again.